Angelico Press, which has earned a reputation as one of the finest Catholic publishers today for its wide selection of books on traditional Catholic doctrine and worship, has just released two books that will be of great interest to NLM readers: a revised and expanded edition of the (hitherto out of print) classic by Martin Mosebach, The Heresy of Formlessness, and the English translation of a fine “primer” on the sacraments, No Trifling Matter: Taking the Sacraments Seriously Again (Italian original: Con i sacramenti non si scherza) by Msgr. Nicola Bux, a professor of sacramental theology and a close collaborator of Joseph Ratzinger/Pope Benedict XVI.
English readers looking for a description of the content and endorsements of Bux and Mosebach will find them at the links above. Here, with the permission of the author and publisher, we reproduce the Foreword by Christopher J. Malloy of the University of Dallas, who blogs at theologicalflint.com. 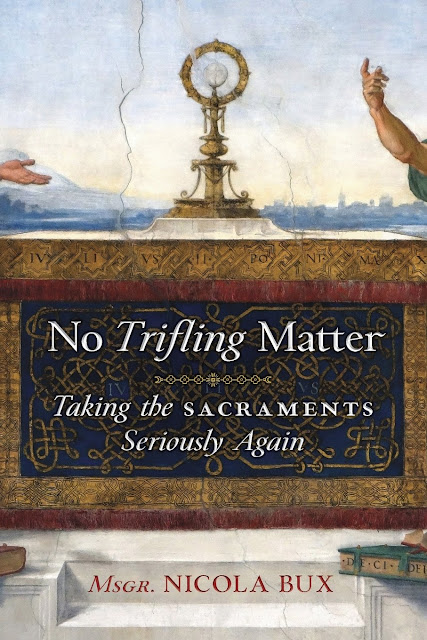 The Angelico page for this book is here; the Amazon.com page is here.