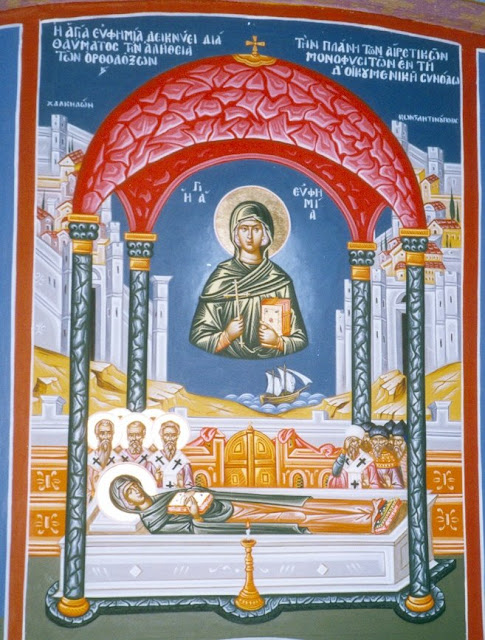 ROME, September 15, 2015 (LifeSiteNews) -- Life and family leaders worldwide are alarmed by a list the Vatican released today containing the names of those who will participate in the upcoming Synod on the Family, including a special list of 45 prelates handpicked by Pope Francis, many of whom publicly support positions contrary to the teaching or practice of the Catholic Church.
“The Ordinary Synod has a heterodox agenda and many of the prelates attending it have already shown themselves either supportive of that agenda or unwilling to resist it,” stated Voice of the Family, a group of Catholic laity from major pro-life and pro-family organizations worldwide, in a press release today.
“The family is now under grave danger from within the Church, as well as from international institutions and national governments,” the group said.
The list of “members by Papal appointment” includes a number of controversial figures whose actions or statements have caused Catholics from different parts of the world to question their orthodoxy:

· Cardinal Walter Kasper, the former president of the Vatican’s Pontifical Council for Promoting Christian Unity, who masterminded the proposal last year to change Catholic teaching on the reception of Holy Communion by divorced and remarried Catholics objectively living outside of God’s laws.
· Cardinal Godfried Danneels, the former archbishop of Mechelen-Brussels in Belgium, who in 1990 tried to convince Belgian King Baudouin to sign an abortion bill into law. In 2013 Danneels referred to gay “marriage” laws as a “positive development.” This is the second time he has been personally invited by Pope Francis to be a Synod Father.
· Blase Cupich, the archbishop of Chicago, who has defended giving Holy Communion to pro-abortion Catholic politicians. In 2011 Cupich, then bishop of Spokane, forbade priests in his diocese from taking part in the semi-annual 40 Days for Life pro-life vigil. His responded to the recent U.S. Supreme Court’s decision to redefine marriage by focusing primarily on decrying discrimination against homosexuals rather than criticizing the imposition of same-sex “marriage.”
· Bruno Forte, the archbishop of Chieti-Vasto, Italy, who was credited with drafting the controversial homosexuality section of the infamous midterm report of the Synod that spoke of “accepting and valuing [homosexuals’] sexual orientation.” When questioned about the language, Forte said homosexuals have "rights that should be protected," calling homosexual unions an "issue of civilization and respect of those people."
· Cardinal Christoph Schönborn, the archbishop of Vienna and president of Austria’s Episcopal Conference, who identifies himself as the intellectual architect of so-called “lifestyle ecumenism” that calls on the Church to change its pastoral approach to focus on the “positives elements” in sexual relationships that violate the natural law and Church teaching. Schönborn has endorsed civil unions for homosexuals, telling the Tablet in 2013 that there “can be same-sex partnerships and they need respect, and even civil law protection.”
· Cardinal Timothy Michael Dolan, the archbishop of New York, who led this year’s St. Patrick’s Day parade as grand marshal after defending as a “wise one” the organizers’ decision to allow for the first time an openly homosexual activist group to march in the event. In March 2014 Dolan congratulated homosexual football player Michael Sam on NBC's "Meet the Press" for publicly announcing he was ‘gay,’ saying “Good for him… I would have no sense of judgment on him.”
· Cardinal Donald Wuerl, the archbishop of Washington, who is a leading proponent of giving Holy Communion to Catholics who publicly promote grave moral evils, such as pro-abortion politicians. In 2012 Wuerl stripped a priest of his faculties for refusing Communion to a lesbian Buddhist who had reportedly introduced her lesbian “lover” to the priest in the sacristy moments before her mother’s funeral Mass. The archdiocese issued a public apology to the woman, criticizing the priest’s actions.
· Cardinal Dionigi Tettamanzi, former archbishop of Milan who has agreed with the Kasper proposal put forward prior to the Synod last year that the Church should offer Holy Communion to Catholics in divorced and civilly remarried situations.
· Cardinal Angelo Sodano, the dean of the Vatican’s College of Cardinals, who attempted to halt investigations into sexual abuse allegations against Fr. Marcial Maciel Degollado, the disgraced founder of the Legionaries of Christ.
· Cardinal Oscar Andrés Rodríguez Maradiaga, the archbishop of Tegucigalpa, president of Honduras’ Episcopal Conference, and close advisor of Pope Francis, who headed a strongly liberal conference in Rome this month featuring numerous speakers defending the Kasper position.
· Cardinal Lluis Martinez Sistach, the archbishop of Barcelona, who stonewalled years of evidence from pro-life groups that abortions were happening in a Catholic hospital under his watch. He refused to excommunicate or discipline a priest in his diocese who financed the abortions of two young girls and who boasted about blessing homosexual unions.
· Cardinal Raymundo Damasceno Assis, the archbishop of Aparecida, Brazil, and president of the country’s National Conference of Bishops, who prior to last year’s Synod praised the “softer and tolerant rhetoric of Francis, especially regarding homosexuality.” In an October 2014 interview with LifeSiteNews Assis lamented that no matter how “stable” homosexual relationships might be, the Church would not approve them.
·  Cardinal Luis Antonio Tagle, the archbishop of Manila, Philippines, who earlier this year decried what he said was the Church’s use of “harsh” and “severe” language to describe the sins of adultery and homosexual behavior during the occasion of a UK youth conference. Later he told local reporters that the Church needs to relearn its teaching on “mercy.”
·  Cardinal John Dew, the archbishop of Wellington and president of New Zealand’s Episcopal Conference, who made an intervention at the Synod last year calling on the Church to drop traditional language describing sin as “disordered” so that “people do not see and hear the Church judging or condemning.” Dew has also argued for the admission of the divorced and civilly remarried to Holy Communion.
· Victor Fernández, the titular archbishop of Tiburnia, Argentina, who is one of the pope’s top theological advisers and who mutedly criticized Cardinal Gerhard Mueller, prefect of the Congregation for the Doctrine of the Faith, for opposing the direction of Pope Francis. Fernández, who was among the drafters of the final report of the Synod last October, and who was involved in drafting the pope's encyclical on the environment, told reporters in May that the Pope is “aiming at reform that is irreversible.”
·  Fr. Antonio Spadaro, director of the Italian journal La Civilta Cattolica, who is a personal friend of the pope and who has repeatedly promoted in his journal the Kasper Proposal and other similar arguments aimed at liberalizing the Church's moral teaching on marriage and the family.

Voice of the Family says the appointments indicate the Church is facing a grave crisis.
“The time has come for all Catholics, at every level of the Church, to recognize the full gravity of the crisis that now engulfs us,” the group said. “Each and every one of us, clergy or lay, has the right and the duty to defend Catholic doctrine and practice from attacks by members of the hierarchy.”
Among the names of those handpicked by the pope are a smaller number of prelates known for their uncompromising commitment to Catholic teaching. Among these are:

· Cardinal Wilfrid Napier, archbishop of Durban, South Africa, who was one of the most outspoken of the anti-Kasper bishops at the last synod. In April, Napier said Kasper had no business being labeled “the Pope’s theologian,” as many have done, because of his disrespectful attitude toward Africans. Kasper openly criticized the contributions of African bishops at the Synod last year, telling one reporter that Africa “is totally different from the West, especially about gays” and that the majority of Synod fathers did not listen to the Africans on the issue.
· Cardinal Elio Sgreccia, former president of the Pontifical Academy for Life, who is considered a champion among Catholics for his uncompromising defense of all life and the family. Sgreccia gained an international  reputation for using strong language to condemn the immorality prevalent in the culture of death, refusing to back down on any life related-issues including euthanasia, abortion, contraception, and embryonic research.
· Cardinal Carlo Caffarra, the archbishop of Bologna, who contributed to a book released last month by Ignatius Press titled “Eleven Cardinals Speak" that defends Catholic teaching on marriage and sexuality. Caffarra has argued there can be no contradiction between Church doctrine and practice regarding marriage. He has criticized the Kasper proposal for threatening to eradicate the very concept of marriage within the Church.

That the Church is facing an unprecedented crisis is a theme beginning to be stressed by prelates recognized by many Catholic faithful for their strong commitment to upholding Catholic teaching.
Last week Archbishop Lenga, the emeritus archbishop of Karaganda, Kazakhstan, told Polonia Christiana in an explosive video that also featured Cardinal Burke, that Pope Francis will reveal himself during the Synod.
“The Pope during the Synod will show whose side he is on,” he said. “If he accepts the statements of those who want to distribute Holy Communion to the divorced, there would be a heresy in the Church, and if he does not accept, there could be a schism in the Church.”
Cardinal Burke said in the same interview that “we’re in a time of crisis within the church,” suggesting that “we may have to give our all (including our very lives) to safeguard and promote the truth of the faith not only for ourselves and our own generation but also for those to come.”Archbishop Lenga concluded: “Either we are on the side of Christ, or on the side of the devil. There is no third option. The common people are sometimes closer to Christ than priests.”