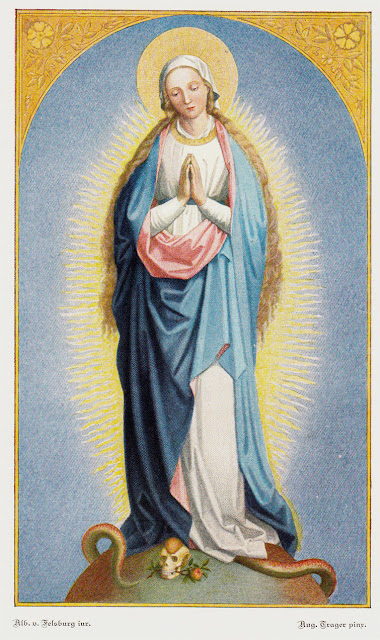 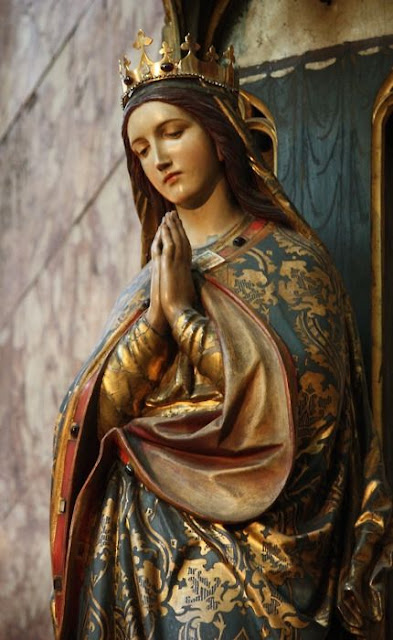 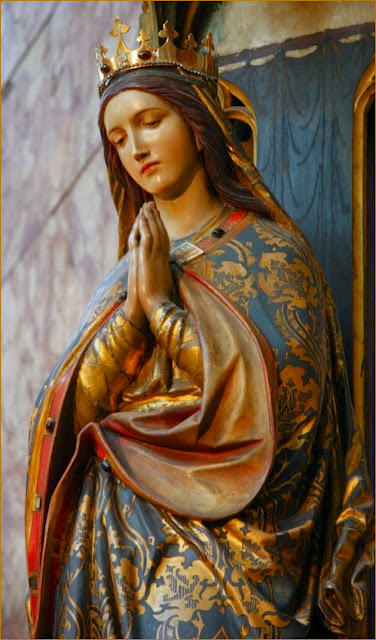 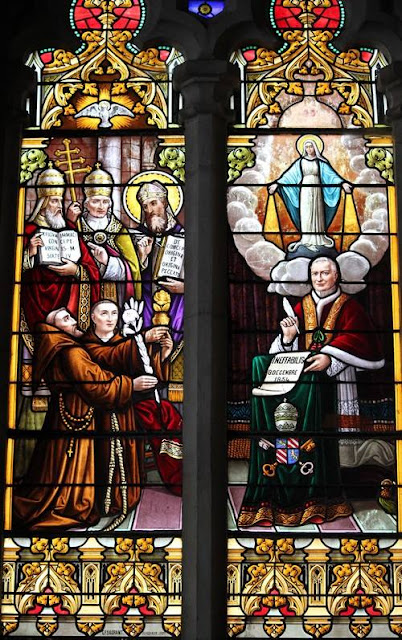 The Immaculate Conception and the Orthodox Church

I. It is generally agreed, I think, that the dogma of the Immaculate Conception is one of the questions which make a clear and profound division between the Roman Catholic and Orthodox Churches. Is this really the case? We shall try to examine quite objectively what Orthodox theological history has to teach us on this matter. Leaving aside the patristic period we shall start on our quest in the time of the Patriarch Photius.

II. It seems to me that three preliminary observations have to be made.
First, it is an undeniable fact that the great majority of the members of the Orthodox Church did not admit the dogma of the Immaculate Conception as it was defined by Pius IX in 1854.
Secondly, throughout the history of Orthodox theology, we find an unbroken line of theologians, of quite considerable authority, who have explicitly denied the Immaculate Conception of the Blessed Virgin Mary. Among them I shall refer to Nicephorus Gallistus in the fourteenth century and Alexander Lebedev in the nineteenth, these two representing the extremities of a chain with many intermediary links. There is even an official document written against the Immaculate Conception: the letter of the Patriarch Anthimus VII, written in 1895; we shall come later to a discussion of its doctrinal value.
Thirdly, we recognize the fact that Latin theologians very often used inadequate arguments in their desire to prove that the Immaculate Conception belonged to the Byzantine theological tradition. They sometimes forced the sense of the poetic expressions to be found in the liturgy of Byzantium; at times they misinterpreted what were merely common Byzantine terms to describe Mary’s incomparable holiness, as a sign of belief in the Immaculate Conception; on other occasions they disregarded the fact that certain Byzantines had only a very vague idea of original sin. Speaking of the Theotokos, Orthodox writers multiplied expressions such as “all holy”, “all pure”, “immaculate”. This does not always mean that these writers believed in the Immaculate Conception. The vast majority – but not all – Orthodox theologians agreed that Mary was purified from original sin before the birth of Our Lord. By this, they usually mean that she was purified in her mother’s womb like John the Baptist. This “sanctification” is not the Immaculate Conception.
The question must be framed in precise theological terms. We do not want to know if Mary’s holiness surpasses all other holiness, or if Mary was sanctified in her mother’s womb. The question is: Was Mary, in the words of Pius IX, “preserved from all stain of original sin at the first moment of her conception” (in primo instanti suae conceptionis)? Is this doctrine foreign to the Orthodox tradition? Is it contrary to that tradition?

IV. Let us now consider more closely the attitude of the Russian Church towards the question of the Immaculate Conception.
Every Russian theological student knows that St Dmitri, metropolitan of Rostov (17th century), supported the Latin “theory of the epiklesis” (10); but young Russians are inclined to consider the case of Dmitri as a regrettable exception, an anomaly. If they knew the history of Russian theology a little better they would know that from the middle ages to the seventeenth century the Russian Church has, as a whole, accepted belief in the Immaculate Conception. (11)
The Academy of Kiev, with Peter Moghila, Stephen Gavorsky and many others, taught the Immaculate Conception in terms of Latin theology. A confraternity of the Immaculate Conception was established at Polotsk in 1651. The Orthodox members of the confraternity promised to honour the Immaculate Conception of Mary all the days of their life. The Council of Moscow of 1666 approved Simeon Polotsky’s book called The Rod of Direction, in which he said: “Mary was exempt from original sin from the moment of her conception”. (12)
All this cannot be explained as the work of Polish Latinising influence. We have seen that much was written on the same lines in the Greek East. When as a result of other Greek influences, attacks were launched in Moscow against the doctrine of the Immaculate Conception, a protest was made by the Old Believers – a sect separated from the official Church by reason of its faithfulness to certain ancient rites. Again in 1841, the Old Believers said in an official declaration that “Mary has had no share in original sin”. (13) To all those who know how deeply the Old Believers are attached to the most ancient beliefs and traditions, their testimony has a very special significance. In 1848, the “Dogmatic Theology” of the Archimandrite Antony Amphitheatroff, approved by the Holy Synod as a manual for seminaries, reproduced Palamas’ curious theory of the progressive purification of the Virgin’s ancestors, a theory which has already been mentioned and which proclaims Mary’s exemption from original sin. Finally, we should notice that the Roman definition of 1854 was not attacked by the most representative theologians of the time, Metropolitan Philaretes of Moscow and Macarius Boulgakov.
It was in 1881 that the first important writing appeared in Russian literature in opposition to the dogma of the Immaculate Conception. It was written by Professor A. Lebedev of Moscow who held the view that the Virgin was completely purified from original sin at Golgotha. (14) In 1884, the Holy Synod included the question of the Immaculate Conception in the programme of “polemical”, that is to say, anti-Latin theology. Ever since then, official Russian theology has been unanimously opposed to the Immaculate Conception.
This attitude of the Russians has been strengthened by a frequent confusion of Mary’s immaculate conception with the virgin birth of Christ. This confusion is to be found not only among ignorant people, but also among many theologians and bishops. In 1898, Bishop Augustine, author of a “Fundamental Theology”, translated “immaculate conception” by “conception sine semine”. More recently still, Metropolitan Anthony then Archbishop of Volkynia, wrote against the “impious heresy of the immaculate and virginal conception of the Most Holy Mother of God by Joachim and Anne.” It was a theologian of the Old Believers, A. Morozov, who had to point out to the archbishop that he did not know what he was talking about. (15)

V. There are three principal causes which provide an explanation for the opposition with which the doctrine of the Immaculate Conception has been met in the Orthodox Church.
First and foremost, there is the mistrust felt a priori by many Orthodox about any doctrine defined by Rome since the separation of East and West. That, of course, is primarily a psychological reason.
There is also the fear of formulating a doctrine which might not seem to have sufficient foundation in Holy Scripture and the patristic tradition. We have left the patristic age outside the bounds of our discussion, limiting ourselves to the Orthodox theology of Byzantium: but it seems that (from St Andrew of Crete to St Theodore the Studite) much evidence can be produced from Greek sources in favour of the Immaculate Conception.
Finally there is the fear of restricting the redemptive work of Christ. Once you have exempted Mary from original sin, have you not exempted her from the effects of her Son’s redemption? Is it not possible for a single exception to destroy the whole economy of salvation? The Orthodox theologians who think on these lines have not given careful enough consideration, or indeed any at all, to the fact that according to Pius IX’s definition, Mary was only exempt from original sin in view of the merits of Christ: “intuitu meritorum Christi Jesu Salvatoris humani generis”. Therefore, Christ’s redemptive action was operative in Mary’s case although in a quite different way from that of the rest of mankind.
We will add this, too. Orthodox theology has always insisted on the beauty of human nature in its integrity before the fall. Now it is the doctrine of the Immaculate Conception which alone can justify this ‘humanism’. It is only in Mary conceived without sin, that human nature has reached its fulfilment and actualized all its possibilities. Mary is the one and only success of the human race. It is through her and in her that humanity has escaped total failure and has offered to the divine a point of entry into the human. Mary, said Metropolitan George of Nicomedia (19th century) “was the magnificent first fruit offered by human nature to the Creator.” (16) “She is”, said Nicholas Cabasilas (14th century), “truly the first man, the first and only being to have manifested in herself the fullness of human nature.” (17)

VI. Let us draw our conclusions:
1. The Immaculate Conception of Mary is not a defined dogma in the Orthodox Church.
2. One can say that since the first part of the nineteenth century the majority of Orthodox believers and theologians have taken their stand against this doctrine.
3. Nevertheless. it is impossible to say that from the Orthodox point of view the doctrine of the Immaculate Conception constitutes a heresy; for canonically it has never been defined as such by an oecumenical council and in fact it has never met with the disapproval of a universal and unchanging consensus of opinion.
4. There does exist a continuous line of eminent Orthodox authorities who have taught the Immaculate Conception.
5. Therefore the doctrine of the Immaculate Conception has every right to its existence in the Orthodox Church as an opinion of a school or as a personal theologoumenon based on a tradition worthy of respect.
6. It follows therefore that the Roman definition of 1854 does not constitute an obstacle to the reunion of the Eastern and Western Churches.
7. It is my own view that not only does the Immaculate Conception not contradict any Orthodox dogma but that it is a necessary and logical development of the whole of Orthodox belief. (18)
Regina sine labe concepta, ora pro nobis.