The Denial of the Law of God
and His Rights 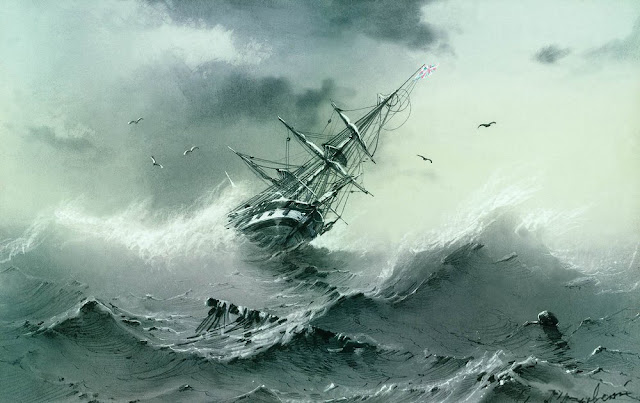 In his great encyclical letter Libertas Praestantissimum, Pope Leo XIII explains that it is not man’s place to dictate to God what man owes Him, but rather humbly and obediently to receive from God the law that must be followed if we are to please Him and attain the happiness for which He created us:

If the human mind be so presumptuous as to define the nature and extent of God’s rights and its own duties, reverence for the divine law will be apparent rather than real, and arbitrary judgment will prevail over the authority and providence of God. Man must, therefore, take his standard of a loyal and religious life from the eternal law; and from all and every one of those laws which God, in His infinite wisdom and power, has been pleased to enact, and to make known to us by such clear and unmistakable signs as to leave no room for doubt. And the more so because laws of this kind have the same origin, the same author, as the eternal law, are absolutely in accordance with right reason, and perfect the natural law. These laws it is that embody the government of God, who graciously guides and directs the intellect and the will of man lest these fall into error. (Libertas 17)

We see in these luminous words the confidence of a pope and of a church convinced of the reality and primacy of God, the existence of absolute truth, the ability of reason and faith to know that truth—and the ability of even fallen men to live according to that truth with the help of God’s grace (as Pope Leo develops at greater length elsewhere in the same encyclical, and as John Paul II was to do so masterfully in Veritatis Splendor).
Monsignor Robert Hugh Benson, too, proclaimed with inimitable eloquence the same fundamental truth in regard to the condemnation of heresy, which, together with the reconciliation of the repentant heretic, is one of the greatest exercises of mercy of which the Church is capable:

The Catholic Church then is, and always will be, violent and intransigent when the rights of God are in question. She will be absolutely ruthless, for example, towards heresy, for heresy affects not personal matters on which Charity may yield, but a Divine right on which there must be no yielding. Yet, simultaneously, she will be infinitely kind towards the heretic, since a thousand human motives and circumstances may come in and modify his responsibility. At a word of repentance she will readmit his person into her treasury of souls, but not his heresy into her treasury of wisdom; she will strike his name eagerly and freely from her black list of the rebellious, but not his book from the pages of her Index. She exhibits meekness towards him and violence towards his error; since he is human, but her Truth is Divine. (Palm Sunday Homily, Paradoxes of Catholicism)

How far we have lost this conception of the Church’s primary obligation to God, His truth, and His holiness, and how far we have settled for a worldly compromise with sin and error, can be seen if we consider an astonishing passage from Cardinal John Henry Newman, which, were it written today, would be considered offensive, outrageous, imbalanced, and possibly a form of hate speech:

The Church aims, not at making a show, but at doing a work. She regards this world, and all that is in it, as a mere shadow, as dust and ashes, compared with the value of one single soul. She holds that, unless she can, in her own way, do good to souls, it is no use her doing anything; she holds that it were better for sun and moon to drop from heaven, for the earth to fail, and for all the many millions who are upon it to die of starvation in extremest agony, so far as temporal affliction goes, than that one soul, I will not say, should be lost, but should commit one single venial sin, should tell one wilful untruth, though it harmed no one, or steal one poor farthing without excuse. She considers the action of this world and the action of the soul simply incommensurate, viewed in their respective spheres; she would rather save the soul of one single wild bandit of Calabria, or whining beggar of Palermo, than draw a hundred lines of railroad through the length and breadth of Italy, or carry out a sanitary reform, in its fullest details, in every city of Sicily, except so far as these great national works tended to some spiritual good beyond them. Such is the Church, O ye men of the world, and now you know her. Such she is, such she will be; and, though she aims at your good, it is in her own way,—and if you oppose her, she defies you. She has her mission, and do it she will, whether she be in rags, or in fine linen; whether with awkward or with refined carriage; whether by means of uncultivated intellects, or with the grace of accomplishments. Not that, in fact, she is not the source of numberless temporal and moral blessings to you also; the history of ages testifies it; but she makes no promises; she is sent to seek the lost; that is her first object, and she will fulfil it, whatever comes of it. (Difficulties of Anglicans, lecture 8)

Note that for Newman, the seeking of the lost means nothing other than the mission to save sinners from sinning—to induce them, however she can, by God’s grace, to follow His law, and thus to cease from lying, stealing, or any other action that can harm the soul, including the slightest venial sins. What, then, would Newman have said about the legalization of divorce, serial polygamy and polyandry (i.e., “remarriage”), contraception, sterilization, abortion, sodomy? Let us not kid ourselves: we are looking at the progressive dehumanization of man, the escalating asphyxiation of society, and the accelerating decomposition of the Church, with the concomitant loss of countless souls to eternal damnation—and there are still bishops who dare not to speak up in defense of God’s truth and His immutable rights, or who absurdly claim that “the law of the land is the law of the land,” or who are just hoping that if they sit still and do nothing, no one will raise a hand against them? It is like the apostasy of the Church in England under Henry VIII. We will have our heroic St. John Fishers and our St. Thomas Mores, along with a greater number of cowards, opportunists, apostates, and traitors.
Leo XIII, Cardinal Newman, and Msgr. Benson, like so many of their age, knew that the Catholic Church was locked in mortal combat with the irreligious and libertine spirit of modernity. They did not parley with it, they did not create committees for joint endeavors, they did not stand on their heads and squint with one eye until they could see something vaguely positive in it. They condemned it as poison, warned against it ceaselessly, and fought its dreadful effects with all their powers. They lost the fight, but only because their cause was betrayed by their own clerical brethren in the twentieth century. The crisis in the church is a crisis of bishops—whenever the Church is in turmoil, this will always be at the source of it. St. Gregory Nazianzen bears witness to this sobering fact when he writes:

The light and eye of the Church is the Bishop. It is necessary then that as the body is rightly directed as long as the eye keeps itself pure, but goes wrong when it becomes corrupt, so also with respect to the Prelate: according to what his state may be, must the Church in like manner suffer shipwreck, or be saved. (cited in St. Thomas, Catena aurea on Luke 11)

Nevertheless, it was Cardinal Newman who, in his Arians of the Fourth Century, offered a well-documented and timely reminder that it was primarily the laity, under the guidance of a few stalwart bishops, who kept the true Faith in the horrible time of the Arian crisis. Today it is and will be no different. Let us glory in our baptismal privilege of having and keeping the true Faith, in union with Christ crucified and risen; let us glory in our Confirmation that enlisted us in the ranks of our blood-stained victorious King, to bear Him witness and fight His battles on earth. “Thus saith the Lord to you: Fear ye not, and be not dismayed at this multitude: for the battle is not yours, but God’s” (2 Chronicles 20:15).