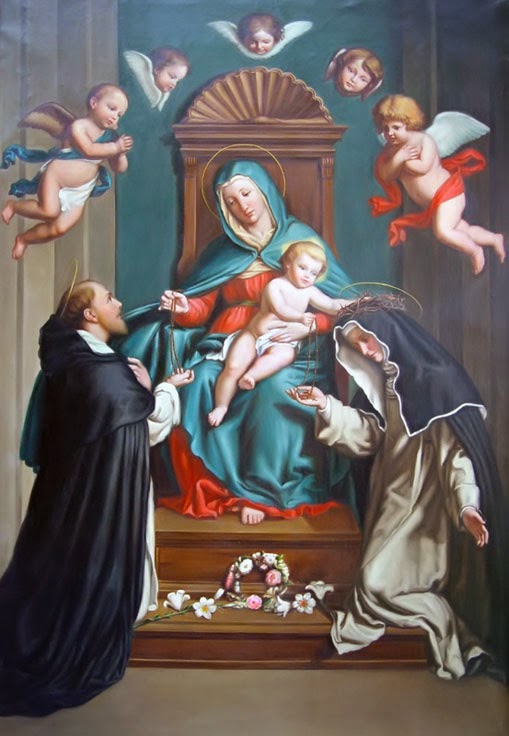 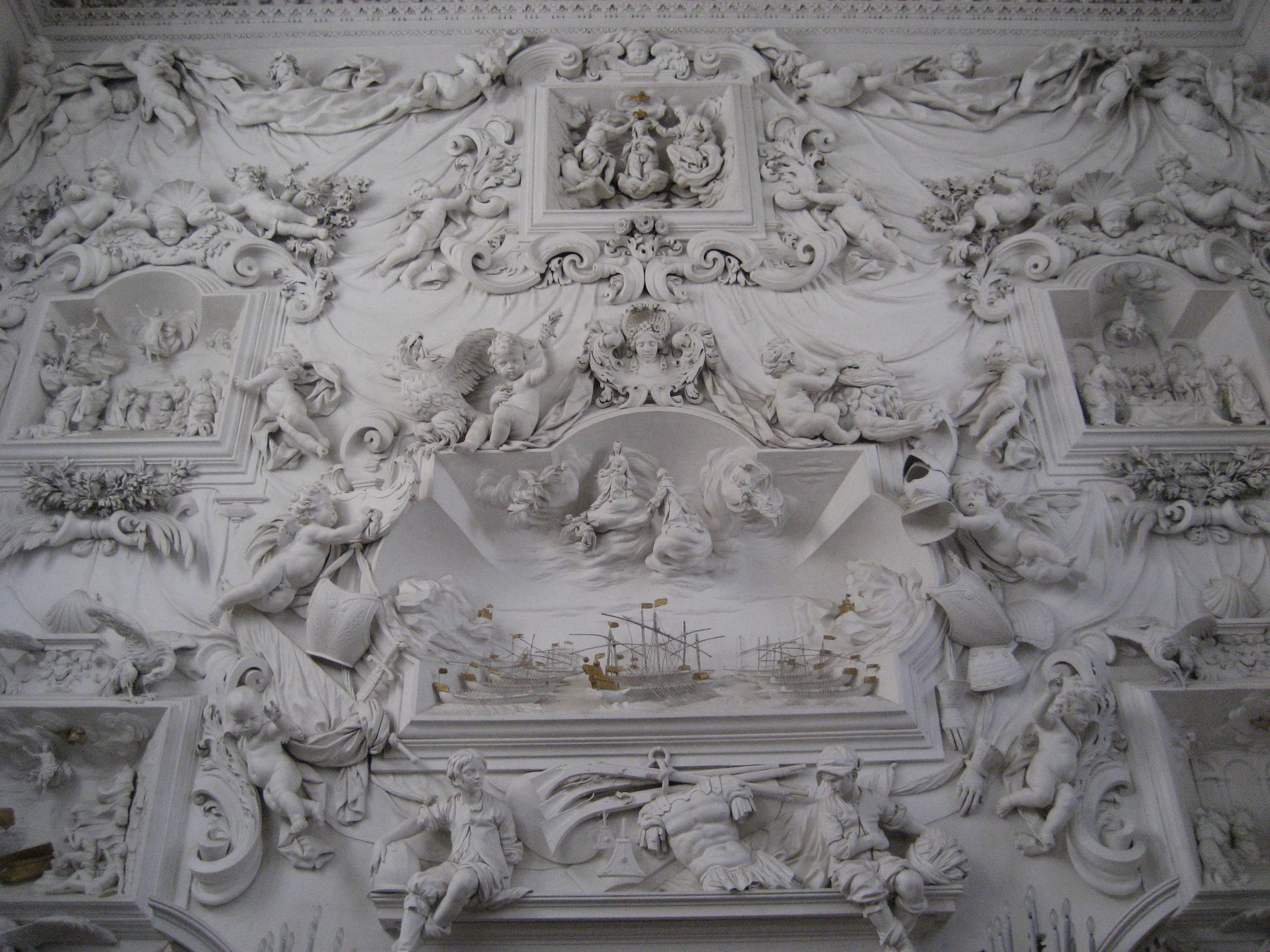 Cardinal Burke: Christ's truth is at the heart of marriage 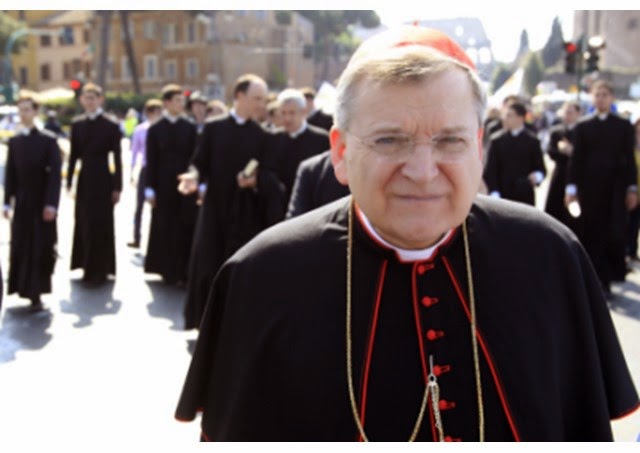 (Vatican Radio) “Remaining in the truth of Christ” is at the heart of the Extraordinary Synod on the Family, said Cardinal Raymond Burke, Prefect of the Supreme Tribunal of the Apostolic Signatura. With the Synod beginning this week, Cardinal Burke sat down with Vatican Radio to talk about his perspectives on the Synod, on issues ranging from outreach to those marginalized in difficult marriage situations, as well as the necessity to proclaim the beautiful truth of marriage instituted by God the Father at creation, taught by Christ, and upheld by the Church.
Cardinal Burke was also one of several contributors to a book, entitled Remaining in the Truth of Christ, intended to help the Synod and the Pope as they work to renew the Church’s commitment to the pastoral care of families. 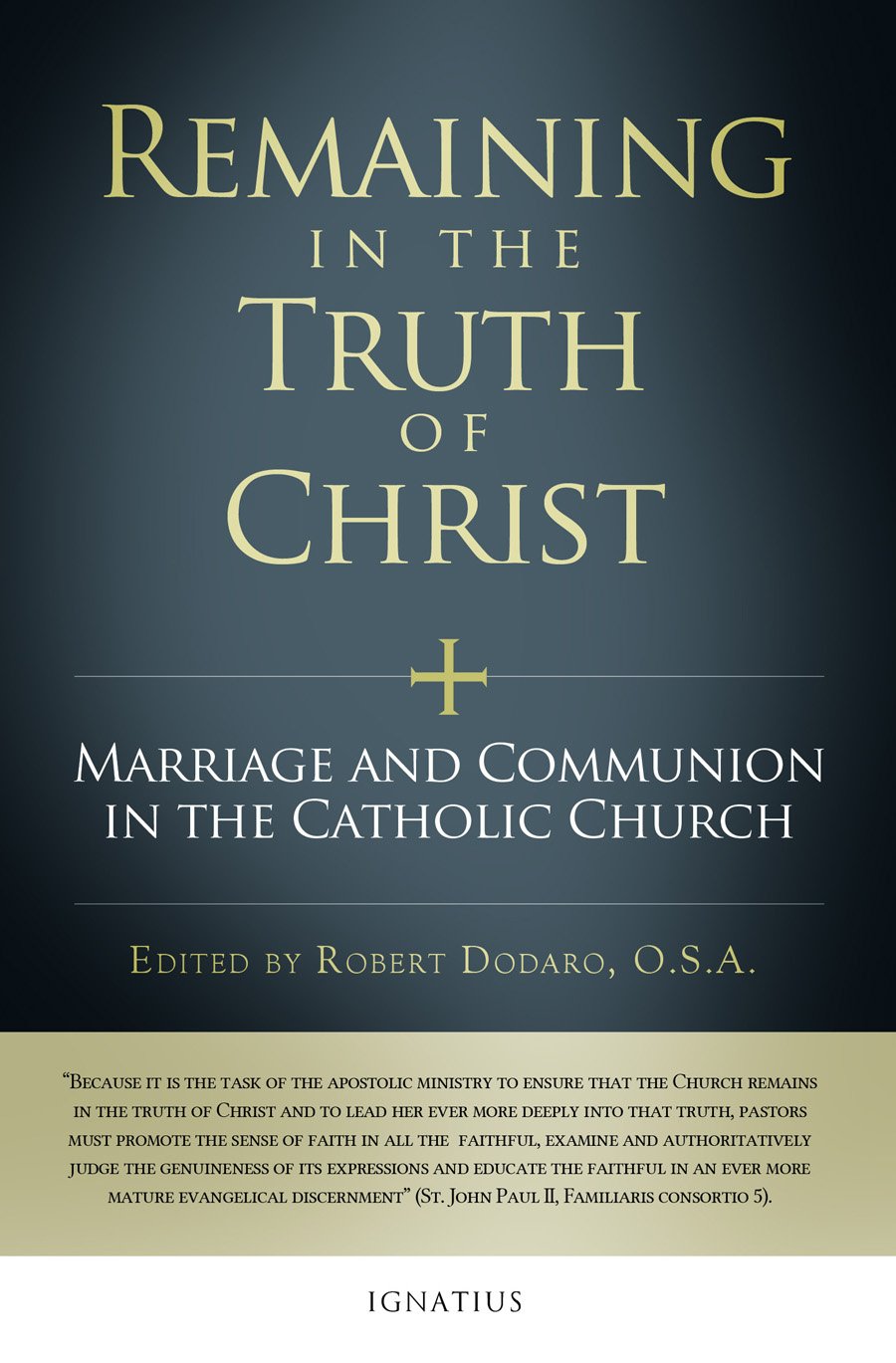 Q: Your Eminence, you recently authored a chapter in a book about the indissolubility of marriage, entitled Remaining in the Truth of Christ.  What motivated the book and what is its underlying premise?

At the extraordinary consistory of Cardinals, which was held on Feb 20 and 21 of this year, Cardinal Walter Kasper gave a lengthy discourse on marriage and the family in which he invited a dialogue about what he had stated in his discourse. A group of us decided to ponder more deeply a number of questions which he raised in his presentation and to respond to them in a systematic way. And thank God, with the help of the general editor, Father Robert Dodaro of the Augustinianum, we were able to put this together as a service to the Synod and above all to the Holy Father in his desire to present once again the beauty of the Church’s teaching on marriage and the family.

Q: Going into the Extraordinary Synod on the Family, what would you identify as three of the biggest challenges to the Catholic family today?

One of the biggest challenges is the defective catechesis in the Roman Catholic Church—I can speak from my experience in the United States—for the past 40 to 50 years. Children and young people are not well catechized with regard to marriage. Coupled with that is the recent entrance of a so-called “gender theory” that alienates human sexuality from its essentially conjugal meaning. This is now being brought into schools along with the advancement of the homosexual agenda. This is a big challenge for families. It is only in the family that the true sense of who we are as man and woman is taught effectively both by the example of the father and mother, but also in catechesis to amplify that and assist the parents in the fuller teaching of the faith. So this is one major difficulty.
Obviously too, we are dealing with a culture, at least in the West, which is totally secularized and therefore denatured. When God is no longer taken into account, and His plan for creation is no longer considered… Instead, we have the pretense to decide for ourselves the meaning of our own lives and the meaning and destiny of our world, the family suffers first and foremost. The family today has to be especially alert to the subtle influences of the secularized culture, what St. John Paul II once called the Godless culture, especially its insinuation into the lives of the members of the family and the family itself, through the mass media and above all through the Internet and the horrible reality of pornography on the Internet, which is causing so much damage to families. The second big challenge to families is secular society itself and the challenge to Christian families today to be countercultural.
A third challenge is the whole question of marriage itself and the effective presentation of the Church’s teaching about marriage, which in fact is also known by reason. Marriage is part of our human nature and therefore it is taught by natural law. Faith illumines reason and helps to see the truth in all its richness. So, we need to help especially young people when they are at the age where one is preparing for marriage to see marriage itself as a beautiful call, a way to eternal salvation—not only to their happiness now on earth—and to assist them in every way we can. I think if we have a good catechesis for children and for young people it will be easier to reach them with the message of the Church, the message of reason and faith with regard to marriage as they come into their young adult years.

What we must do for those who are in irregular unions is to show the care to each and every one of them the same care we are called to share with every member of the Church, especially those who are in the most need. There is no question that those who are living in irregular unions have a very particular need of the Church’s care. I think the important thing for us is to show them how, even in their particular situation, they can convert themselves more and more to Christ and conform themselves more to Him. It is not easy; it is one of the more particularly challenging situations in which a Christian can find him or herself, but nevertheless there is grace to respond in a way that is true to the teaching of Christ and therefore liberating.
It would be a big mistake to approach the situation simply from the point of view of trying to figure out how to admit persons in irregular unions to the sacraments. This is a contradiction in itself and would truly miss the point of the authentic pastoral care that these couples need. The Church has a long history of trying to help couples who, for one reason or another, are not able to leave an irregular union to live chastely and to live justly as they can in that situation.

Q: The Synod has attracted a great deal of media attention. How do you think the media reporting has impacted the Synod and people’s perception of it?

Certainly one good thing is that people are very much aware that there will be a Synod on the family! That message has gotten out. The sad part is that the message has been colored by the media with expectations which are unrealistic and actually not true to the nature of the Synod and, even in a more serious way, not true to the doctrine of the faith.
I have experienced myself in talking with the faithful and with bishops and priests that there has been built up this expectation that the Church is now going to change Her teaching with regard to the indissolubility of marriage and permit now second and third marriages and that for those in irregular unions there will be access to the sacraments. These kinds of expectations are unreal. They are not true to the work of the Synod in the first place and, in a more profound sense, not true to what Christ himself has taught us, the truth that human nature itself teaches us. Therefore, that part is very sad. It has been going on now for several months, which is not a good situation. The Church’s teaching needs to be made clear now and her fidelity to Christ needs to be very clear in the Synod. Just like the title of the book to which I contributed, Remaining in the Truth of Christ, which is taken from St. John Paul II’s post-Synodal Apostolic Exhortation, Familiaris consortio. That is what the Synod is all about: remaining in the truth of Christ.

Q: What would you like to see come out of the Extraordinary Synod?

I’m hoping that it will take up again the great papal Magisterium, which is a gift to us, beginning with Casti connubi of Pope Pius XI, the teaching of Pope Pius XII, then in more recent times, the prophetic and heroic teaching of Humanae vitae of Pope Paul VI, soon to be beatified at the end of this Synod, as well as the teaching of Familiaris consortio of St John Paul II. Fundamentally, what I hope will emerge from the Synod is this beautiful truth about the human person, who has written into his nature the call to union and communion between man and one woman, which is faithful, which is indissoluble, and which by its very nature is procreative; it participates in the creation of new human life in the image and likeness of God, what the Pastoral Constitution on the Church in the Modern World  referred to as the “crown” of marital love, the gift of offspring.
Whatever the Synod’s particular emphases are—marriage preparation, teaching on natural family planning, all the particular questions—(I hope what) would emerge over all is the splendor of the truth about marriage as God created us from the beginning.

Report and Interview by Andrew Summerson