In vista del Sinodo di ottobre: Simposio "The two shall become one" - "I due saranno una carne sola", Roma, 26 settembre 2015

Event: Roman Symposium on Adam and Eve as the basis for Holy Matrimony - Rome, September 26 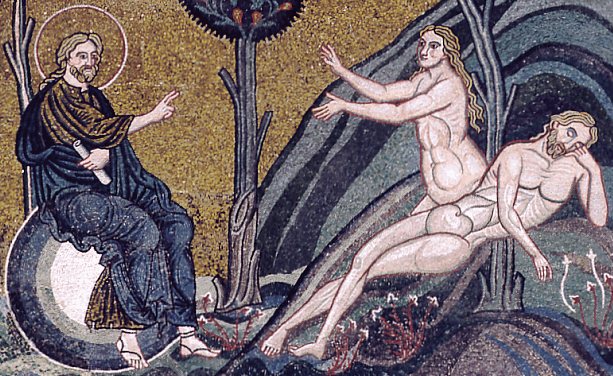 While many of the Church’s doctrines have been either openly attacked or more subtly undermined in recent decades, sometimes even at the hands of those charged with expounding them, perhaps none have fallen into greater eclipse than those pertaining to the origins of man: the special creation by God of our first parents, their immortality and original felicity, and the descent of the whole human race from a single pair. I am glad therefore that the Kolbe Center for the Study of Creation has decided to organize a conference on the creation of Adam and Eve as the basis for Holy Matrimony.
In my own presentation I shall be setting forth what St Thomas Aquinas, the common doctor of the Church, said about the original perfection of our first parents. Basing himself as always on the truths conveyed by sacred scripture and tradition, and integrating into these his own carefully elaborated account of human nature, St Thomas gives us a sober yet inspiring picture of the sublime dignity with which God in His love endowed His first two rational creatures. By studying Aquinas’s writings on this subject, we can be strengthened in our faith in an era when an unintelligent “naturalism”, by dint of sheer repetition, has worn down the spirit of many believers and made them fearful of embracing the doctrines about the origins of man that have been believed “always, everywhere and by everyone”, on the basis of God’s words to us in Holy Scripture.
Fr. Thomas Crean, O.P. STD
His Eminence Raymond Cardinal Burke invites all to attend the September 26 symposium in Rome on the Creation of Adam and Eve as the Foundation of the Church’s Doctrine on Holy Marriage. For information on the symposium and how to attend, really or virtually, please go to www.romansymposium.com

“THE TWO SHALL BECOME ONE”: THE CREATION OF ADAM AND EVE AND THE FOUNDATIONS OF HOLY MARRIAGE

ROME, ITALY. In anticipation of the re-opening of the Synod on the Family in October, an international symposium on the creation of Adam and Eve as the foundation of the Catholic doctrine on Holy Marriage will be held on September 26, 2015, at the Centro Congressi Cavour – Via Cavour 50/A (near Termini Station) in Rome. Experts in theology, philosophy, and natural science will demonstrate that the traditional doctrine of the Church on the divine creation of Adam and Eve harmonizes with the best arguments in theology and philosophy, as well as with sound natural science, including the latest findings in biology, genetics, and paleontology.
At the end of the nineteenth century, the first wave of the modern assault on Holy Marriage began as social revolutionaries attempted to introduce divorce into Catholic countries. In response to these coordinated attacks on Holy Marriage, Pope Leo XIII exhorted the Bishops and theologians of the Catholic Church to defend the divine institution of Holy Marriage on the foundation of the divine creation of Adam and Eve. In his encyclical Arcanum he told the Bishops:


The true origin of marriage, venerable brothers, is well known to all . . .We record what is to all known, and cannot be doubted by any, that God, on the sixth day of creation, having made man from the slime of the earth, and having breathed into his face the breath of life, gave him a companion, whom He miraculously took from the side of Adam when he was locked in sleep . . . And this union of man and woman . . . even from the beginning manifested chiefly two most excellent properties . . . namely, unity and perpetuity (emphasis added) (Pope Leo XIII, Arcanum, 5).
According to Monsignor Barreiro, long-time director of Human Life International in Rome, “The international symposium will demonstrate the timeless wisdom of Pope Leo XIII’s teaching while exposing the serious errors in theology, philosophy and natural science that beset alternative explanations for the origins of the first human beings.” Participants in the symposium include Fr. Chad Ripperger, Ph.D., Philosophy (formerly professor of Dogmatic Theology at Our Lady of Guadalupe Seminary); D. Q. McInerny, Ph.D., Philosophy (professor of Philosophy at Our Lady of Guadalupe Seminary); Fr. Thomas Hickey, M.A., Theology (Faculty, Holy Apostles Seminary); Mr. John Wynne, (author, A Catholic Assessment of Evolution Theory); Dr. John Sanford, Ph.D., Plant Genetics (author, Genetic Entropy); Bai Macfarlane, (Director, Mary’s Advocates); and Fr. Francesco Giordano, STD (Director, Human Life International, Rome Office).
For further information in Europe, please contact, Fr. Francesco Giordano, STD, Director, Vita Umana Internazionale, Roma vuiroma@tin.it ; in North America and elsewhere outside of Europe, please contact Hugh Owen howen@shentel.net