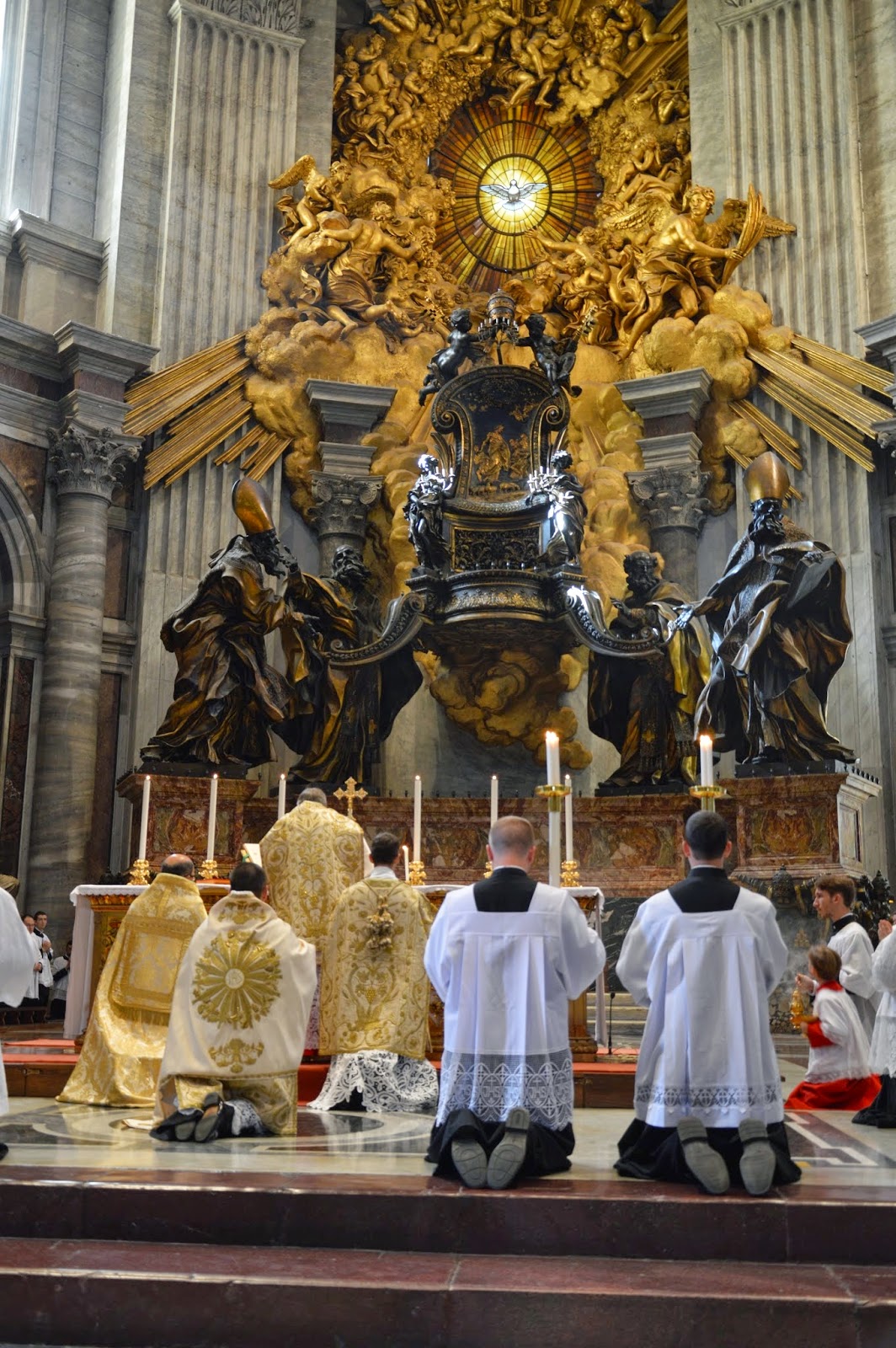 The Traditional Mass cannot be stage-managed.  This is the heart of the opposition to it among bishops, especially in Europe.  It is Tradition itself that manages the Mass of the Ages, and whoever celebrates this Mass, Cardinal, bishop or priest, must submit himself to the Mass, must submit himself to the Sacrifice that he is offering, and in that submission realizes his ministry as a priest of God.