Why the Numerical Structure of the Our Father is Intrinsically Liturgical

When I was speaking recently at St Patrick’s Church in , I spoke about the Little Oratory, and in connection with that, the pattern of prayer that underlies the liturgy. Much of the information is in the appendix in the book called A Beautiful Pattern of Prayer. I spoke at length about how the pattern of 7 + 1 appears in the annual, the weekly and the daily cycle of the liturgy.
Seven is the number of the old covenant and eight is the number of the new, with Christ himself representing the ‘eighth day’. (You can read more about this here: the path to heaven is a triple helix...and it passes through an octagonal portal). I described how even the structure of the texts has this liturgical pattern - so St Thomas tells us that the book of Psalms is most appropriate for liturgy and praise of God because alone in the Bible it contains ‘all of theology’. He goes on to say that there are 150 psalms which can be broken up into 70 and 80 where ‘70 denotes 7, the number of the old covenant, and 8 denotes 8 the number of the new covenant.’
At the end of the talk the Dominican Friar, Fr Michael, told us how the Lord’s Prayer has this same liturgical structure. He directed us to ’s commentary on the Lord’s Prayer which ‘among all prayers holds chief place’. He described how considered each petition as given in Matthew’s gospel into seven petitions.
The first three petitions are all related to God:

Hallowed Be Thy Name.Thy Kingdom ComeThy Will Be Done on Earth as It Is in Heaven

and the last three relate to man and to earthly things:

And Forgive Us Our TrespassesAs We Forgive Those Who Trespass Against Us.And Lead Us Not Into Temptation. But Deliver Us from Evil. Amen

He then described how at the center of the prayer and at the conjunction of the two sections is the petition, ‘Give us this day our daily bread.’ This is both the seventh and the eighth petition and they meet where God and man meet, in Christ, in the Eucharist. So this petition refers to daily sustenance in both temporal and spiritual terms. The temporal is our need for daily food, and the spiritual sustenance is both the Sacramental bread which is consecrated daily in the Church and the nourishing Word of God.

“It must be noted that in the first three petitions of this prayer only things spiritual are asked for—those which indeed begin to be in this world but are only brought to fruition in the life eternal. Thus, when we pray that the name of God be hallowed, we really ask that the name of God be known; when we pray that the kingdom of God may come, we ask that we may participate in God’s kingdom; and when we pray that the will of God be done, we ask that His will be accomplished in us. All these things, however, although they have their beginning here on earth, cannot be had in their fullness except in heaven. Hence, it is necessary to pray for certain necessaries which can be completely had in this life. The Holy Spirit, then, taught us to ask for the requirements of this present life which are here obtainable in their fullness, and at the same time He shows that our temporal wants are provided us by God. It is this that is meant when we say: ‘Give us this day our daily bread.’ ”

“One may also see in this bread another twofold meaning, viz., Sacramental Bread and the Bread of the Word of God. Thus, in the first meaning, we pray for our Sacramental Bread which is consecrated daily in the Church, so that we receive it in the Sacrament, and thus it profits us unto salvation: ‘I am the living bread which came down from heaven.’ ”

What is interesting is that this pattern of seven and eight is not just liturgical, it is cosmic and relates to musical harmony. This doesn’t prove it, but it does seem to me to be strong circumstantial evidence that emphasizes how closely tied in with the liturgy music is. As Pope Benedict describes in The Spirit of the Liturgy, and again in A New Song to the Lord, our worship is meant to be sung. Furthermore one can see how the modal form of chant, which follows this pattern of sevens and eights is the optimum for the liturgy. 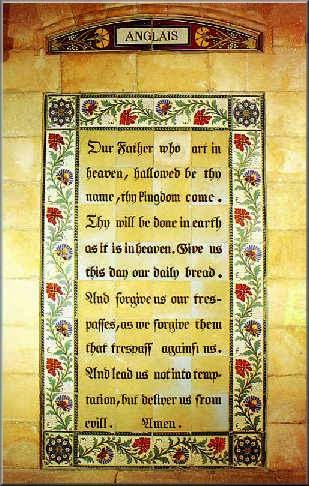 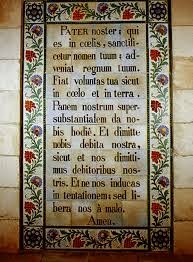 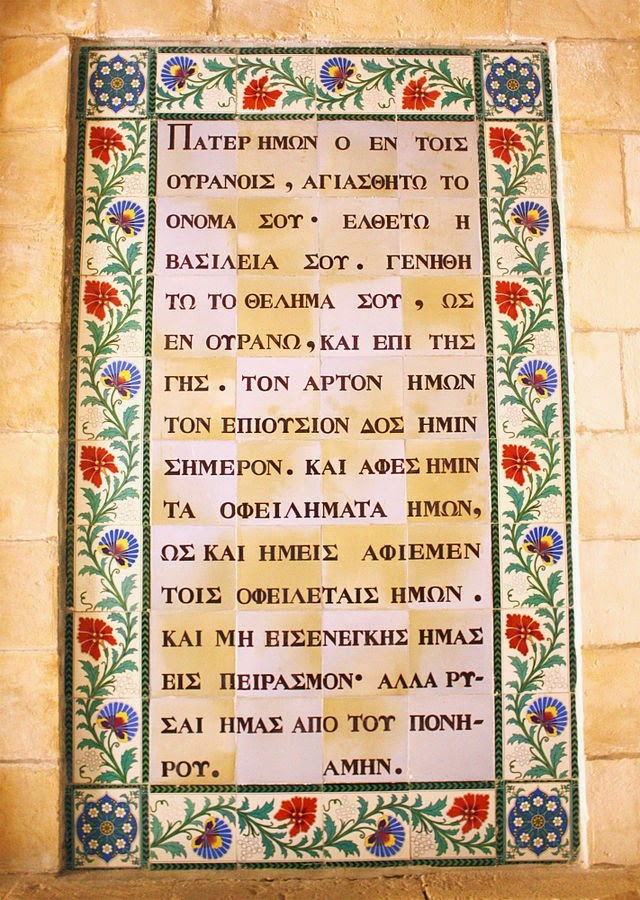