Should the Feast of Christ the King Be Celebrated in October or November? 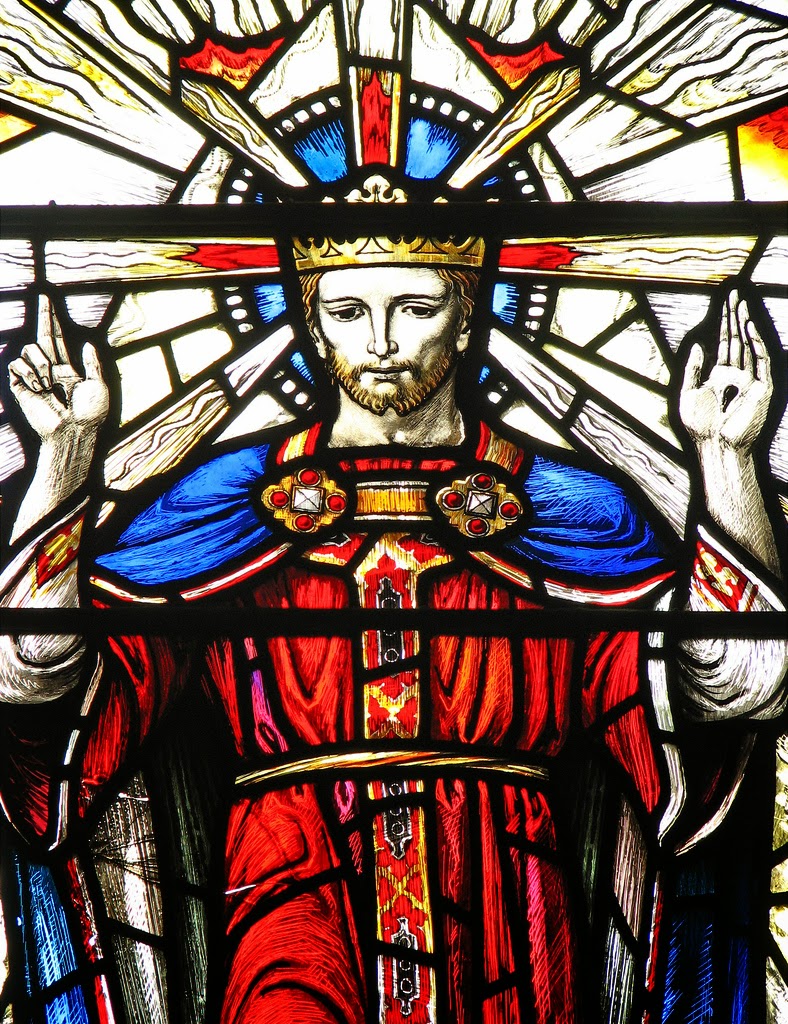 With the revival of the traditional Roman Mass throughout the Church, a number of rather significant calendar differences between old and new make themselves increasingly felt by the faithful and those who minister to them. We are all aware, but no one better than our dedicated clergy, that almost every Sunday of the year would demand two different homilies if the same priest, intending to preach on the readings of the day, celebrated Masses in both the Ordinary and Extraordinary Forms.
One of the most egregious differences between the two calendars is the location of the Feast of the Kingship of Our Lord Jesus Christ. In the old calendar, it is always celebrated on the last Sunday of the month of October, right before All Saints. In the new calendar, however, it is the last Sunday of the liturgical year, leading up to the First Sunday of Advent. In practice, the gap between these is often as great as a month. In bi-formal parishes or chapels, the priest is advised to keep that October homily handy for November.
Noting the existence of this difference is not nearly as interesting as asking why there should be such a difference, particularly in a feast of such recent origin. After all, Pope Pius XI instituted the feast in 1925, and already, by 1970, it had been moved. To answer this question, we need to look first at the reasons given by Pope Pius XI himself for choosing the last Sunday of October:

Therefore by Our Apostolic Authority We institute the Feast of the Kingship of Our Lord Jesus Christ to be observed yearly throughout the whole world on the last Sunday of the month of October—the Sunday, that is, which immediately precedes the Feast of All Saints. … The last Sunday of October seemed the most convenient of all for this purpose, because it is at the end of the liturgical year, and thus the feast of the Kingship of Christ sets the crowning glory upon the mysteries of the life of Christ already commemorated during the year, and, before celebrating the triumph of all the Saints, we proclaim and extol the glory of him who triumphs in all the Saints and in all the Elect. Make it your duty and your task, Venerable Brethren, to see that sermons are preached to the people in every parish to teach them the meaning and the importance of this feast, that they may so order their lives as to be worthy of faithful and obedient subjects of the divine King. (Encyclical Letter Quas Primas, 28-29)

Pius XI’s intention, as can be gleaned from n. 29, is to emphasize the glory of Christ as terminus of His earthly mission,a glory and mission visible and perpetuated in history by the saints. Hence the feast falls shortly before the Feast of All Saints, to emphasize that what Christ inaugurated in His own person before ascending in glory, the saints then instantiate and carry further in human society, culture, and nations. It is a feast primarily about celebrating Christ’s ongoing kingship over all reality, including this present world, where the Church must fight for the recognition of His rights, the actual extension of His dominion to all domains, individual and social.
Indeed, there's also the obvious fact, unmentioned in Quas Primas but surely in everyone's mind, that the last Sunday in October had, for centuries, been celebrated as Reformation Sunday. A Catholic counter-feast, reminding the world not only of the comprehensive Kingship of Jesus Christ—so often denied socially and culturally by various teachings of Protestantism—but also of the worldwide kingly authority of His Church, would certainly be a reasonable application of the principle lex orandi, lex credendi.
In the liturgical reforms following the Second Vatican Council, its place was changed to the last Sunday of the Church year—that is, so that one week later would fall the first Sunday of Advent. This new position emphasizes rather the eschatological dimension of Christ’s kingship: the Kingdom of Jesus Christ, though begun in time, is here present “as in a mystery” (as Lumen Gentium phrases it) and in a “crucified” way. This Kingdom will be perfected and fully manifested only at the end of time, with the Second Coming. Hence in the new calendar the feast comes at the very end of the Church’s year, as the summation of the whole of salvation history and the symbol of what we hope for:expectantes … adventum salvatoris nostri Jesu Christi, as the liturgy in the Ordinary Form proclaims after the Lord’s Prayer.
Though both placements are defensible, it would seem that Pius XI’s intention, consistent with the encyclical as a whole, was more to insist on the rights of Jesus Christ here and now, and the corresponding duties of men and nations on earth.As Pius XI explains:

The empire of our Redeemer embraces all men. To use the words of Our immortal predecessor, Pope Leo XIII: “His empire includes not only Catholic nations, not only baptized persons who, though of right belonging to the Church, have been led astray by error, or have been cut off from her by schism, but also all those who are outside the Christian faith; so that truly the whole of mankind is subject to the power of Jesus Christ.” Nor is there any difference in this matter between the individual and the family or the State; for all men, whether collectively or individually, are under the dominion of Christ. In him is the salvation of the individual, in him is the salvation of society. … If, therefore, the rulers of nations wish to preserve their authority, to promote and increase the prosperity of their countries, they will not neglect the public duty of reverence and obedience to the rule of Christ. … When once men recognize, both in private and in public life, that Christ is King, society will at last receive the great blessings of real liberty, well-ordered discipline, peace and harmony. (Quas Primas 18-19)

From this vantage, which certainly does not sound like the language of Dignitatis Humanae or the postconciliar diplomacy of the Church, it is hard to resist thinking that the eschatological perspective betrays weak knees before the challenge of modern secularization, as well as hesitation about the perceived “triumphalism” of the earlier papal social teaching. In other words, the kingship of Christ is palatable and proclaimable so long as its realization comes at the end of time, and does not impinge too much on the political and social order right now—or on the Church’s responsibility to convert the nations, invigorate their cultures, and transform their laws by the light of the Faith.
This suspicion is confirmed by an examination of changes made to the liturgy for this feast, where direct references to Christ’s kingship over States and rulers have been suppressed, as Michael Davies documents in The Second Vatican Council and Religious Liberty (Long Prairie, MN: The Neumann Press, 1992), 243-51. In particular, the hymn for the First Vespers of the feast was significantly modified. The following verses (given here in a literal translation) were simply removed altogether:

The wicked mob screams out:

“We don’t want Christ as king!,”
While we, with shouts of joy, hail
Thee as the world’s supreme king.
May the rulers of the world publicly honor and extol Thee;
May teachers and judges reverence Thee;
May the laws express Thine order
And the arts reflect Thy beauty.
May kings find renown
In their submission and dedication to Thee.
Bring under Thy gentle rule
Our country and our homes.
Glory be to Thee,
O Jesus, Supreme over all secular authorities;
And glory be to the Father and the loving Spirit
Through endless ages. Amen.

(There were several other significant changes in the Novus Ordo liturgy of the feast, all tending in the same direction of the silent denial of Christ's kingship over nations, peoples, rulers. See Davies for a full account.)

What lesson does all of this have for us? The very first expression of the Kingship of Christ over man is found in the natural moral law that comes from God Himself; the highest expression of His kingship is the sacred liturgy, where material elements and man’s own heart are offered to God in union with the divine Sacrifice that redeems creation. Today, we are witnessing the auto-demolition of the Church on earth, certainly in the Western nations, as both the faithful and their shepherds run away and hide from the reality of the Kingship of Christ, which places such great demands on our fallen nature and yet promises such immense blessings in time and eternity. The relentless questioning of basic moral doctrine (especially in the area of marriage and family), the continual watering down of theology and asceticism, the devastation of the liturgy itself—all these are so many rejections of the authority of God and of His Christ.

They arise, the kings [and presidents and prime ministers] of the earth,princes [in the Church] plot against the Lord and his Anointed.“Come, let us break their fetters,come, let us cast off their yoke.”He who sits in the heavens laughs;the Lord is laughing them to scorn.Then he will speak in his anger,his rage will strike them with terror.“It is I who have set up my kingon Sion, my holy mountain.”…Now, O kings, understand,take warning, rulers of the earth;serve the Lord with awe,and trembling, pay him your homage.… Blessed are theywho put their trust in Him!    (Psalm 2)

Those vital and urgent truths for which Pius XI instituted the very feast of the Kingship of Christ—are they still alive, are they still being preached and taught, are they the lifeblood of the Church’s every liturgy, apostolate, pastoral program? Are we are looking at a feast whose time has passed? The places where the original feast is still celebrated on its original day have, in my experience, some awareness of what this is all about, and nurture a desire to live according to these truths. May the Novemberites sooner or later rediscover the full depth and breadth of this feast as its institutor conceived it.