Happy 200th Birthday, “Silent Night” — and Why Singing Carols Is So Important

Exactly 200 years ago today, on December 24, 1818, the beloved Christmas carol “Silent Night” (Stille Nacht), with words by the priest Josef Mohr, set to music by organist Franz Xaver Gruber, was given its first performance at St. Nikolaus Parish Church, in Oberndorf bei Salzburg, Austria.
It may come as a surprise to learn that the original carol featured a guitar accompaniment. The Wyoming Catholic College Choir recorded this version (taken from The New Oxford Book of Carols) on its Christmas in God's Country CD in 2008. One senses immediately the music's kinship with the charming folksongs of the Austrian countryside:

Partly from affection for the lovely tune, and partly from a desire to give the piece a somewhat darker complexion, I made my own arrangement of it in 2010, for SATB choir, with a double descant on the second verse and an optional flute accompaniment on the third verse. For anyone who might be interested in singing it, I have placed the score (which is contained in my book Sacred Choral Works) at the foot of this article. The following rendition, sung by the St. Mary’s Oratory Choir under the direction of Patrick Burkhart, uses the SATB setting for all three verses, without descant or flute:

There is an emotional power and spiritual force in certain Advent and Christmas carols that never fades, even as so much else changes in the Church and in the world. “Silent Night” is a particularly fine example: for all its simplicity and even, in a way, its sentimentality, in lands where the carol has taken root Christmas would somehow seem incomplete without it. “Adeste, Fideles” is another such, and many more could be cited.
In a book called The Ministry of Catechising, which originally appeared in French in 1868 (an English translation appeared in 1890 in London), Bishop Felix Dupanloup recalled memories of his First Communion:
We were delighted with the hymns. We sung them with all our heart, and gradually, by the sweetness or the energy of the singing, the thoughts and maxims of the faith were grafted in our souls. To say the truth, it was the life of the Catechism. Without the hymns, it would all have been very cold. For me, it was the hymns more than anything which converted me and bound me forever to religion.
While we know that the Mass itself is not the optimal place for hymns, which belong more correctly in the Divine Office (with the exception of the Gloria and, if one considers it a hymn, the Sanctus), nevertheless there is an important truth to which Dupanloup bears witness: the value of singing together beautiful vernacular religious songs that have the power to shape the senses, imagination, and memory, and through them, to shape the heart and mind.
We are so blessed with a rich repertoire of famous Advent, Christmas, and Epiphany carols, hymns, and songs, and we should use them abundantly in our homes, in youth groups, in prayer meetings or Adoration, when caroling in the neighborhood, visiting a nursing home or prison, or any other appropriate setting. Let us not surrender the world of sound to secular content, but fill it with joyful singing! It is, in more ways than one, a corporal and spiritual work of mercy.
Children, especially, deserve to have glowing memories of carols, just as Dupanloup recounts. This is a preaching of the Gospel “before the age of reason,” a preaching to all the powers of the soul, not just to the intellect, which has been excessively emphasized in recent decades. Catechesis begins with the senses and the imagination.
In their memoirs, the Ratzinger brothers Joseph and Georg recount how their family circle was often enlivened by the sound of singing and instruments, and how their earliest memories are bound up with music and Christian songs. One of these men went on to become an eminent musician and choral director, while the other went on to become Pope Benedict XVI. While I can’t promise that your boys will have such illustrious careers, there is no question that part of the restoration of Catholic culture is a robust culture of family and community singing. 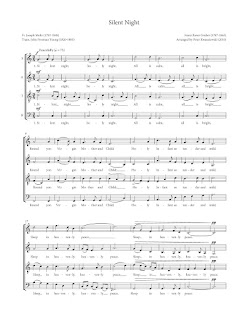 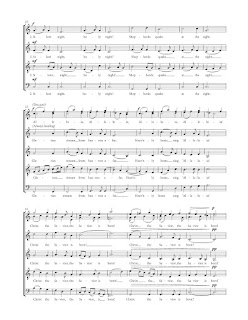 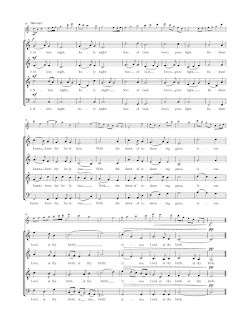